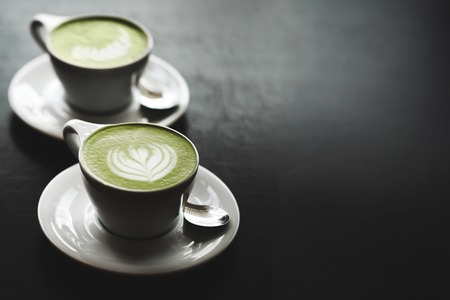 Food, eating and our food stories are woven through all the events of life, the joyful parties of childhood, the grim all nighters of college, the sweet, sad remembrances of memorial gatherings. And so often, with love, with the unfolding and folding of relationships, from “What I Did For Love” to “you don’t meet nice girls at coffee shops.”

One beginning: I forgot my natural introversion when I turned around after running in late to the first class of the semester only to see the teaching assistant for my philosophy class looked just like a brooding philosopher, irresistible to an English major in 1974. The flirtation over coffee wasn’t memorable but then he asked me go out for Chinese food, what amounted to an actual date, also irresistible to said English major because dates weren’t all that common then–at least not for me.

I was raised in a not overly strict Jewish household–I mean, there were chocolate bunnies at Easter and shrimp at my brother’s Bar Mitzvah–but my father never ate pork, as in pork chops, tenderloin, whatever. I think because he had been raised in a Kosher house, he’d just never had it, so it wasn’t a religious eschewing, just had no taste for it. So I had never eaten pork either that wasn’t named “ham” or “bacon.” And then this brilliant, bearded and properly vague modal logician walked me into our hot date spot, a rundown but serviceably cheap Chinese restaurant on campus, looked longingly into my eyes and murmured: “Sweet and Sour Pork?” I ate sweet and sour pork.

One ending: Several years later, I had been married to the logician long enough to find dark and brooding meant stodgy and irritating: Friday night, pizza, always; any other night, pizza, never–apparently this broke some syllogistic rule. We were vegetarians because why not in 1977 and I baked my own whole grain bread and made bean loaves right out of Adele Davis. I don’t think there was a particular desire to eat differently or anything tempting me toward meat. But there was definitely something–I believe they’re called hormones–tempting me toward one of my husband’s graduate students. Yeah, I know, don’t say it–another philosopher.

Fights between my husband and me became louder and longer and I found myself spending more time in the Knoxville bar whose walls were lined with pinball machines, playing hours of Xenon with his student. Until the day Philosopher #1 and I had a raging fight in the hallway between our two campus offices and we both said “enough! Out of here!” I called Philosopher #2 and…I know what you’re thinking but the wrong hormones took over apparently. No, we didn’t rush into bed. We rushed into Wendy’s and I downed a Triple Cheeseburger. With Fries. It was years before I baked another loaf of bread.

And another ending and yet a beginning: Yes, dear reader, I married Philosopher #2 and we had a pretty good run, too. We lived near a lake, we both had academic jobs–45 minutes apart, so there was time to miss each other each day–and we got along like two great buds. Unfortunately, being buds isn’t always satisfying in a marriage. And my job began to become a prison with a new department chair who insisted I should be in my office all day, classes or not, despite my hour commute in Wisconsin winters (which, if you’re a Tom Waits fan, you’ll know are ‘colder than a welldigger’s ass.’) unless the weather was “draconian.” All of that led to a different kind of food story–for another day, except to say that I dealt with the stress sanely by not eating for seven years and becoming severely anorexic. I ate vegetables, primarily bags of baby carrots, and sugar-and-fat-free frozen yogurt.

As I began to recover from the depression that had led me to this gaunt period of my life, Philosopher #2 and I parted, my teaching career parted and I headed for balmy Madison, WI (I really just am a slow learner) and the start of my relationship with he who became CH–current husband. No…he’s not a philosopher…I’m not that slow a learner.

I had agreed to work as a manager of a soon-to-be-opened coffee shop, which is what lit teachers do, of course, and was busy trying to hire employees, buy furnishings and clean the joint up. My new beginning called to say he was bringing lunch so we could eat together, alone in the empty shop, sweet thing that he was and still is. When he arrived, I was grimy, tired and even hungry. He brought food from the local legendary diner, Culver’s: Fried fish and french fries. I had not eaten anything fried, even pan fried, for seven years; I was terrified that I would throw up or blow up immediately into Tammy Fay Baker. He said “Isn’t this great?”  I ate fish and chips. And loved them. And loved that food once again had been part of a beginning.