The Parable Series: Let It Go 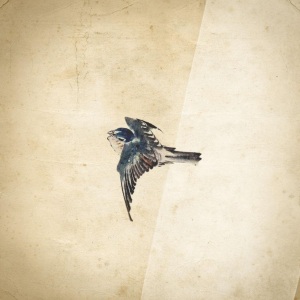 And so the parable goes:

A master and his disciple are walking along the bank of a river (there’s a lot of walking goes on in parables: second of the parable series and we’ve already walked twice) when they come upon a lovely young gentlewoman, standing on the bank and crying because she cannot get to the other side. Don’t ask; who knows why she wanted to be there, doesn’t affect the parable. She sees the two men and begs them to carry her across the shallow river to the other side. The disciple, knowing that the teachings allow no contact with women, ignores her plea and assumes his master will do the same. Much to his surprise, his master hoists the young woman onto his shoulders, carries her across and returns to the bank where his student stands stunned. They continue to walk but the young man can’t get the idea out of his head that his master not only looked at a woman but, Holy Moly (I doubt that was his exact thought), actually touched one! Al lthrough the walk he stews over this until he can’t keep silent any longer: “How could you have touched a woman! Isn’t that forbidden? Don’t you feel guilty?” The master smiles, “Look at you. I left that woman on the bank of the river long ago. But, you, you are still carrying her on your shoulders.”

And so the parable ends.

For much of my life, I was a chronic “muller.” I would chew on a thought until the last crumb was gone and would then continue to chew some more. No perceived slight went by; no criticism was ever forgotten; no idiotic act I committed was ever quietly put to rest. Even a trodden on toe became a reason to dwell on the insensitivity of the foot that did the trodding or the obvious lack sincerity of apology–if there was one. I’m not sure whether flagellation would even have been satisfactory.

Ah, yes, truly my mother’s daughter. I watched her abandon a favorite restaurant because the server didn’t remember her drink order from a previous visit and years later, she would bring this up to me again, as if it had plagued her every sleepless night. And worse, she ditched a friend of decades for some perceived insensitivity on the friend’s part. As I recall, it was because her friend had lunch with someone else without inviting her. And, yes, this became a story that she would repeat over and over, in explicitly juiced-up detail, stirring the bitterness of rejection into every cup of tea.

I’m not sure what changed for me. Perhaps it was simply growing older–although that certainly didn’t help my mother–or marrying a man (third time’s the charm) who for all of his gentleness and, more important, incredibly good taste in fashion, won’t ever remember what year I was born. And why should he? What importance could that have? For that matter, what importance can a stepped-on toe have once the stepping is over?

My nights have been more restful; my self-forgiveness much easier; my relationships quieter. And it only took remembering three words: Let it go. Let it go and leave the woman on the bank, rather than carrying her on your shoulders.